A little of this, a lot of that

Once upon a time I was given my Great Aunt's Santa roombox.
Santa and his friend  have been sitting high up on a shelf for almost 4 years.
I already have two Christmas mini scenes, and this one just does not speak to me.
Because it was my aunts, I hemmed and hawed about changing it.
It could sit high up on the shelf, or the room box could be used and the accessories incorporated into other scenes. 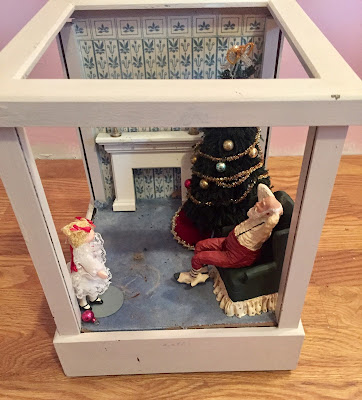 Koda put this scene together for me 2 years ago.
She used to play the cello, but has since moved on to the viola.
If we move the music room to the smaller roombox, then my Dad can take over the space in the music room. 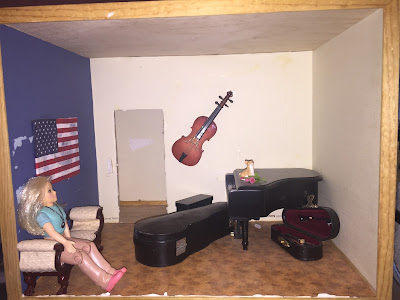 Redid the floor, fresh paper on the wall and brightened up the paint. 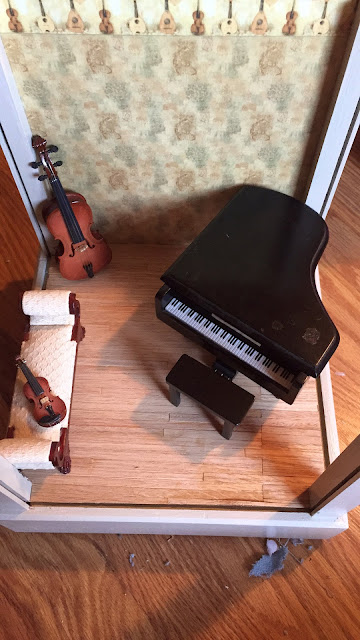 Koda bought a Bespaq piece at a miniature show a while back.
When I did the dry fit, I noticed a piece of the chair was missing. 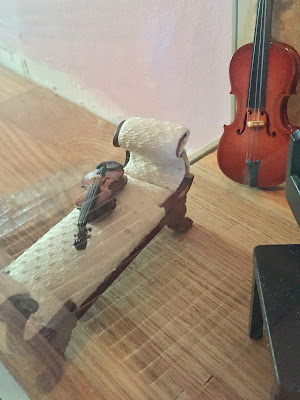 Just so happens I saved the piece that broke off - not knowing what it went to. 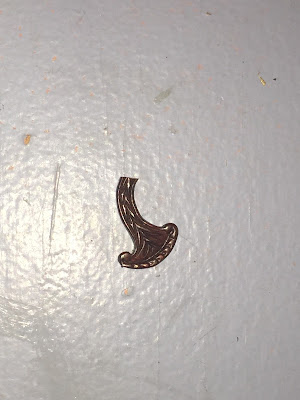 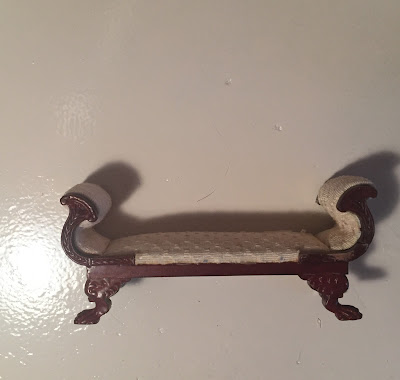 Not to shabby, huh?
Would have been awesome if I had put the piano bench in before I screwed the top on. 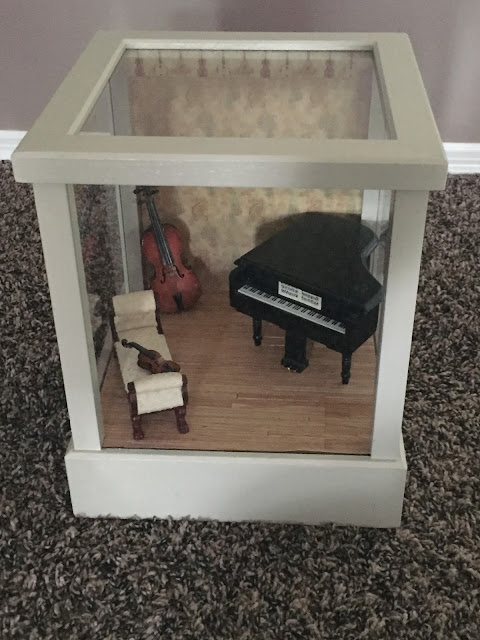 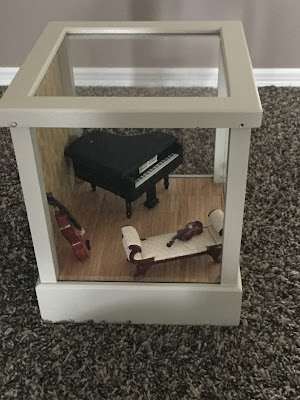 Axing out the patriot room scene. 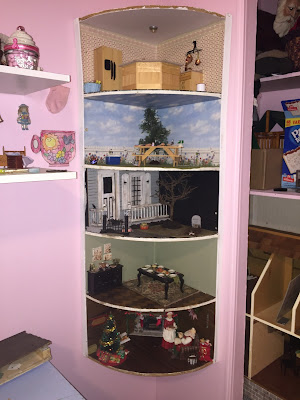 Now don't anyone get their panties in a bunch.
This has nothing to do with the election and all the political BS that is going on.
The piece was too tall for short people and too short for tall people.
The pieces removed can also be incorporated into other scenes. 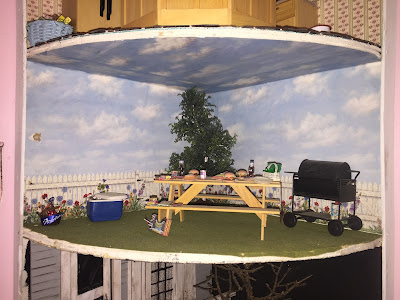 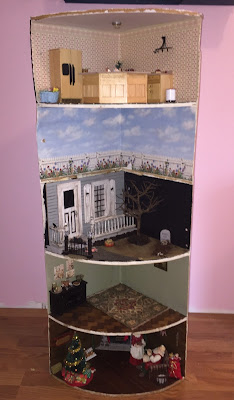 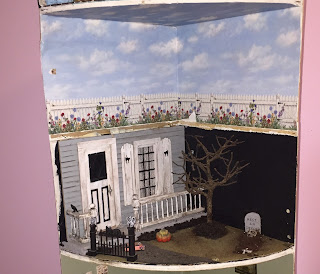 Better! More manageable size. Needs to be tweaked, but I think it will work.
Sitting here looking at it, I am thinking it would be pretty simple to add some lights to this scene. 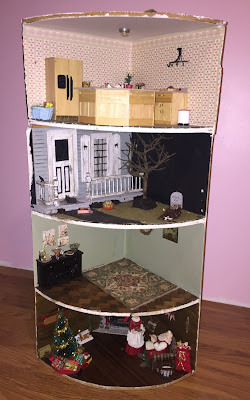 The accessories I removed from my aunt's room box, I put a lot of them in Mr. & Mrs. Claus's house. 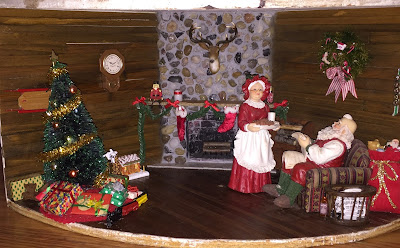 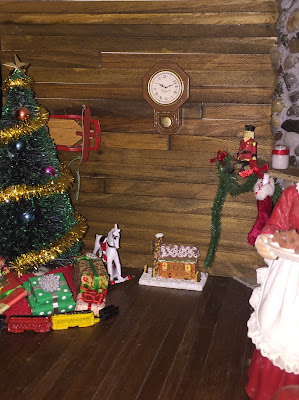 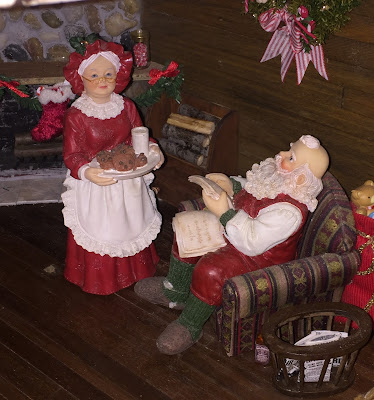 I think Santa is going to pass on the milk and cookies.
Can you blame him? After dealing with a world full of ungrateful kids, I don't think milk will do the trick. Santa will stick to the Jack that he is hiding from Mrs. Clause. 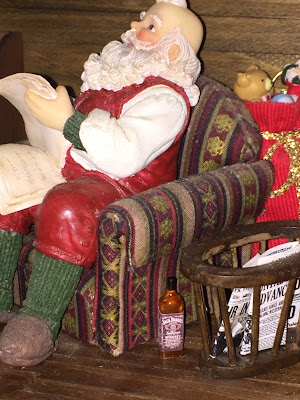 Been working on Grandma's house.
Dressing up the exterior some. 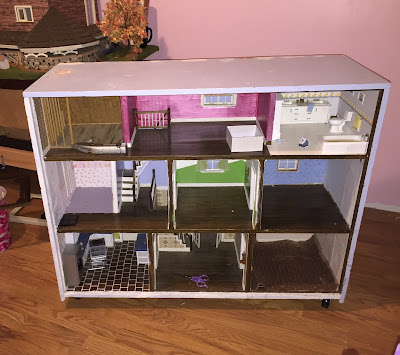 Call me cheap, thrifty, poor - whatever.
I bought a large roll of contact paper.
A whopping $8 later... 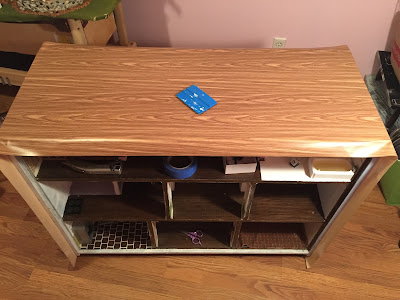 This might work after a little nip/tuck.
Good enough for who its for - me. 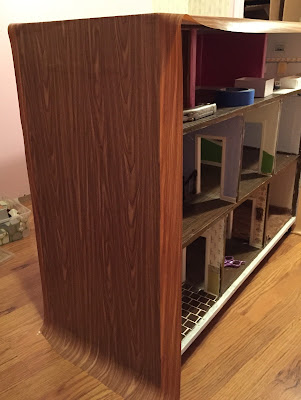 The kitchen is OK - but that counter! Yikes.
If you look closely - you might notice there is not a stove. 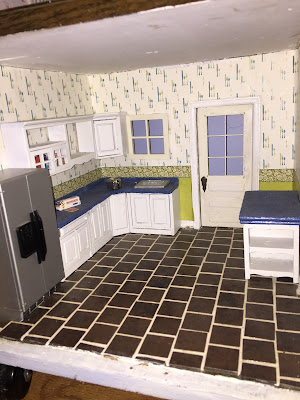 Unfortunately the cabinets are attached in, so I had to tape around them to protect the wallpaper. 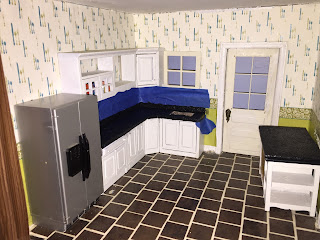 The island will be altered to add a stove. 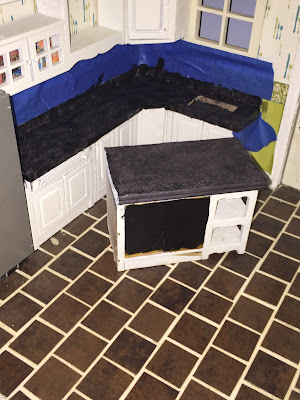 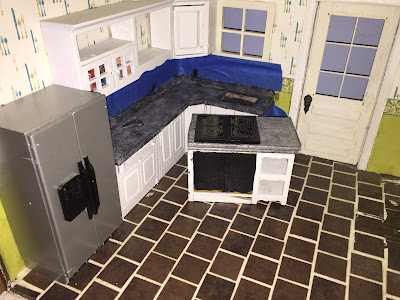 So I took them all out to spray.
Not sure yet how they turned out...
stay tuned 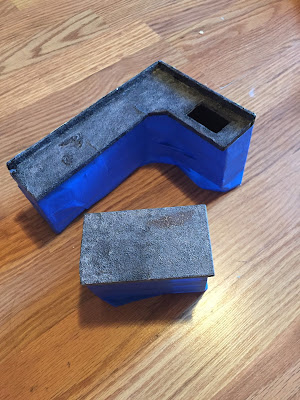