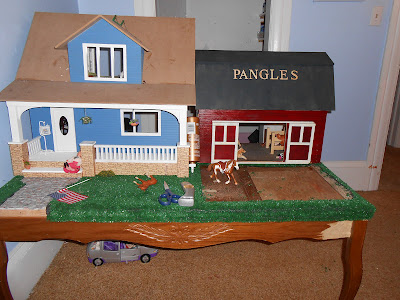 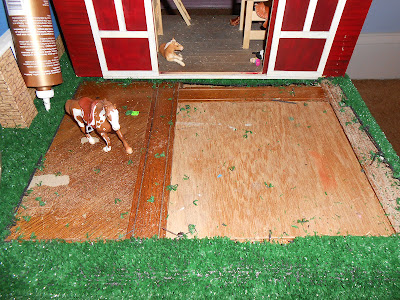 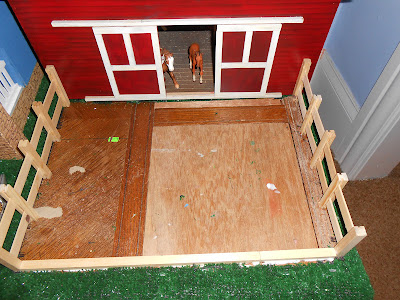 Lots of coffee grounds for the dirt yard 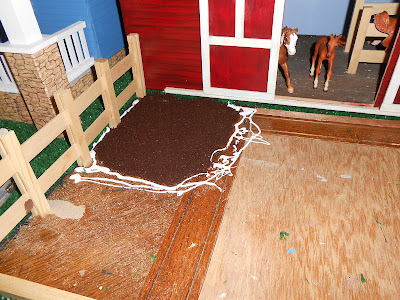 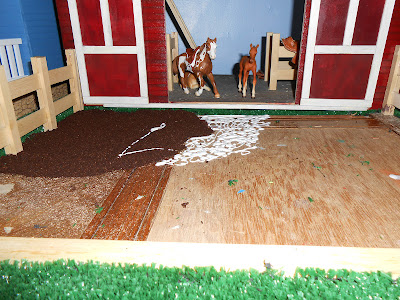 Brushed away extra grounds to see spots that were missed. 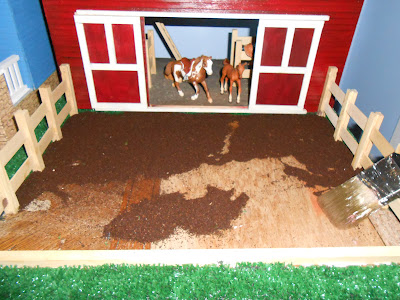 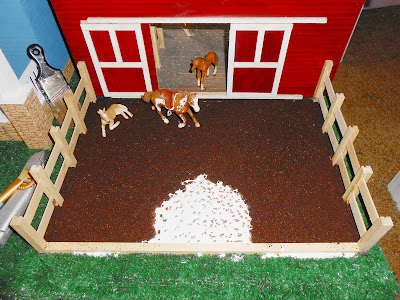 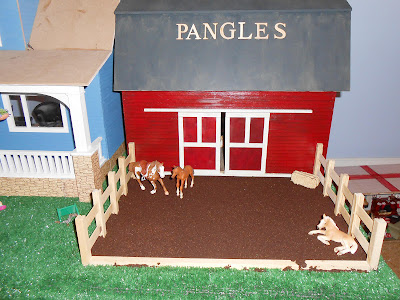 Love the saddle from Julie! Thanks Julie!! 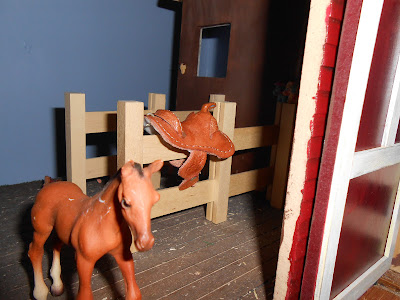 Notice the cats reflection in the pond 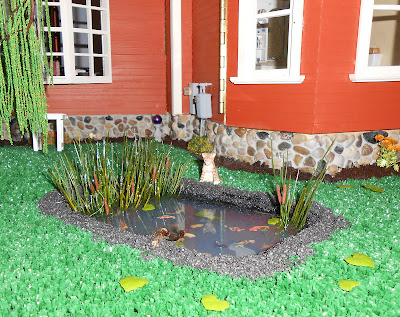 The lilly pad will be raised out of the water some 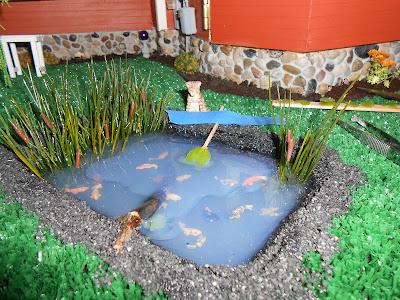 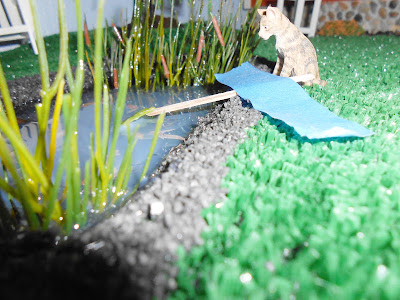 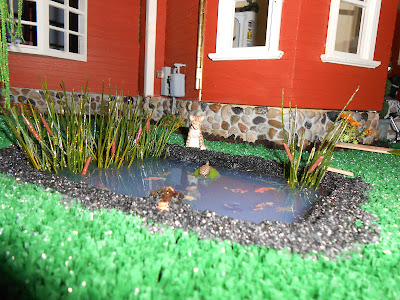 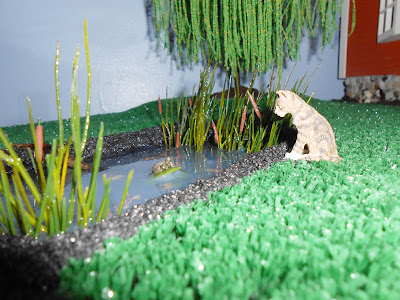 Stated to put together my half scale kitchen 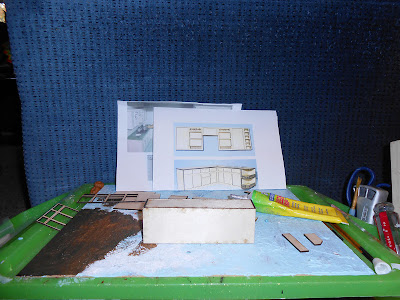 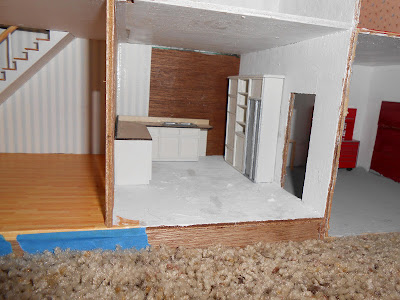 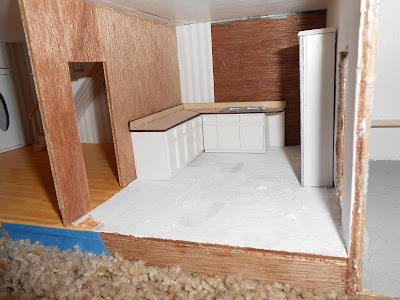 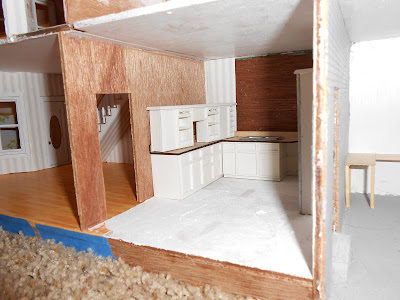 Went to the 3 Blind Mice miniature show in Toledo Ohio.
I am glad this was not my first show - was not to impressed.
I did pick up this lot for $15. I was only going to get the picture for the frame, but the lady offered me all her half scale for one price.
SOLD! 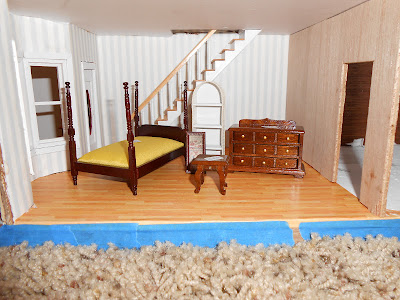 I found the blue Lee's Line half scale chair I was interested in. That morning I had emailed the owner of Happily Ever After to see if she could get the couch and chair. Now I just need the couch! 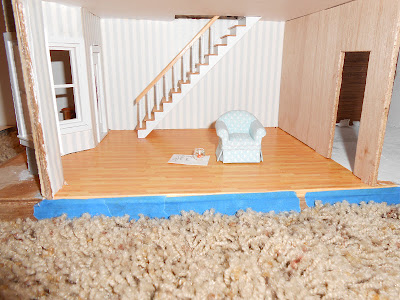 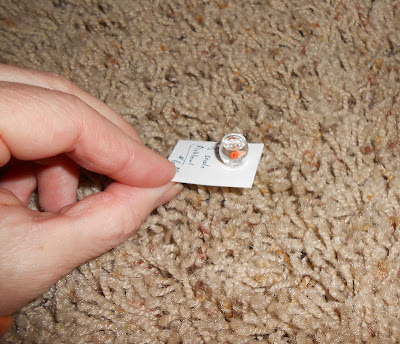 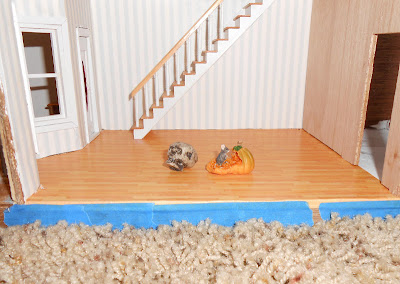 Started paper on the half scale bedroom 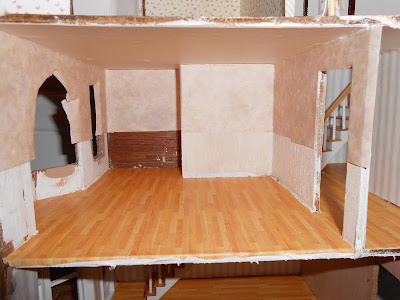 Set up more of the patriotic scene. The paper really bothers me! 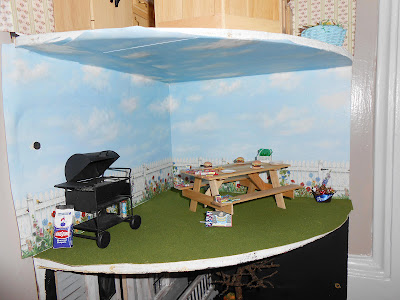 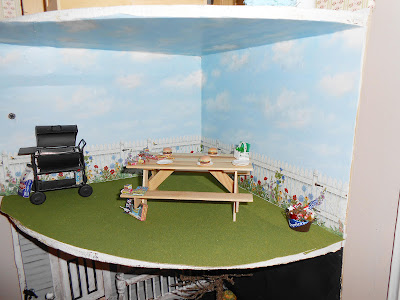 Railing on Halloween scene finished. Crow added.
Scared kids dropped their candy bag!
Skull will be coming out of a grave in the corner. 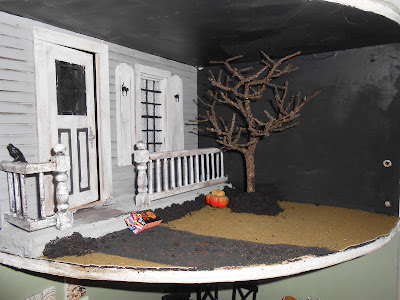